3Eid is a day of happiness…but for who? 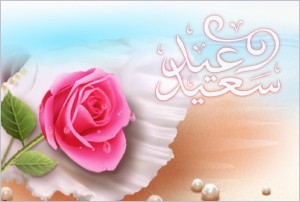 As he took his seat, on 3Eid morning for prayer

he began to think….. he started to despair

The month of Ramadaan, it just slipped away

A whole month that passed by, as if only a day

He sat, going o’er the days, that were no more

And the blessed nights, that were gone for sure

Searching …through the pages of his life….to find

any good deeds so as to console, his restless mind

He knew there was not much, for him to see

but he was hoping for some thing, that just might be

He looked at his record of Qur’aanic recitation

But alas, there was not even one whole completion

His eyes filled with tears, as it dawned upon him

Whatever little he read, was without comprehending

What good is that reading, if he didn’t understand?

How then, could he follow Allaah’s Rules and Command?

He read like a parrot, without stopping to contemplate

O how he wasted, this golden, perfect chance to educate

With grief, he turned to his record of giving and charity

but he realized how severely he lacked in generosity

He didn’t give enough, except for just a little bit

Though Allaah has blessed him, he didn’t part with it

Even the obligatory zakaat…such a big burden it seemed

I wish I had given more….how his aching heart screamed

Then sadly he turned….to look at his daily fasting

It was simply a ritual…. there was no implementing

Though he controlled his hunger, he didn’t control his tongue

He cursed, he swore…. he lashed out at all, old ‘n young

O how he looked at the haraam and listened to the forbidden!

How could he forget…from Allaah there’s nothing that’s hidden?

Even in the last ten nights, he made a half-hearted attempt

How he preferred his bed and its warm comfort instead!

And then an awful voice, started screaming inside him

as the reality of his dire situation, dawned upon him

Why did he succumb to temptation? Is that what he’s really here for?

As he looked around, at all those around him

Smiling and happy, with new clothes upon them

He thought to himself…. his clothes were new too

But that’s not why they were happy, that much he knew

That surely, 3Eid is a day of happiness, but for who?

Who strive hard in Ramadaan, as best as they can do

For those who do good deeds, hoping for Allaah’s Pleasure

And for those who are saved, from His Torment and Displeasure

New clothes is not the reason why they’re so elated

Rather, it’s the prayers and fasting, the taqwa unabated

Big tears of distress rolled down his sorrowful eyes

He cried regretfully as he stifled his weary sighs

I wish I had worshipped Allaah each night, just a bit longer

I wish I had taken advantage, of this great opportunity

to have my sins forgiven, and a chance to earn felicity

With pain so severe, it would split his inside

It broke his heart….as he suddenly realized

This beautiful month is gone….and gone is its beauty

Gone are its fragrant nights….full of Allaah’s Mercy

Yet he also knows, that he should never despair

He knows even after all this, it’s not too late

If he turns to his Lord, He will never repudiate

He will not turn him back, if he repents sincerely

He will forgive him even now, after failing so severely

Thus, a ray of hope appeared, in his heart suddenly

A desperate prayer rose, to his lips spontaneously

I beg of your Mercy, yaa Rabb, please forgive me

You are the Most Beneficent…so don’t deprive me.

O Allaah I promise, from now on I’ll be good

I will do my best, to please You as I should

I know I didn’t do enough…..even close to what I should have

But whatever little I did….please accept it, on my behalf.

“3Eid isn’t happiness for those that wear new clothes, but it is for those whom Allaah is pleased with of His slaves, and those that were rescued from the great torment.”