Have we abandoned the Qur’aan?

“And the Messenger (Muhammad sallAllaahu 3Alayhi wa Sallam) will say: “O my Lord! Verily, my people deserted this Qur’aan (neither listened to it, nor acted on its laws and orders”. [soorah Al-Furqaan, v:30]

Imaam Ibn Qayyim (rahimahu-Allaahu) said: “There are various types of ‘abandonment’ of the Qur’aan:

1) To abandon listening to it and believing in it.

2) To abandon acting upon it, and ignoring its lawful and prohibited ordinances (Halaal and haraam), even if one believes in it and recites it.

3) To abandon judging by it, and resorting to it as a judge when there are differences in the essence of the religion or other matters.

4) To abandon pondering over it, and understanding it, and seeking the explanation of it.

5) To abandon using it as a cure in all types of diseases of the heart, and instead to seek to cure these diseases by other means.” (1) 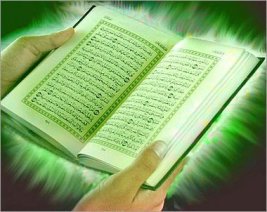 How many of these types of abandonments are we guilty of?

Stories of the Salaf’s preserving their tongues